Puspa The Rule, Allu Arjun Look Leaked: After the blockbuster success of Allu Arjun’s film Pushpa The Rise, now fans are eagerly waiting for his next part Pushpa The Rule. Filming for the movie has started and Allu Arjun is working very hard for it. Allu Arjun recently appeared in the Pushpa look with the hair and beard grown out. However, the thing to note here was that his weight seemed to have increased a lot.

Allu Arjun was a victim of fat shaming
While countless fans were seen praising Allu Arjun, the trolls didn’t miss the chance to surround Allu Arjun. Many Allu Arjun fans were seen shaming him and he made shameful comments on these photos. One user commented, “look Vadapav”. At the same time, another user wrote: “Lasit Malinga, I saw you after a long time”. 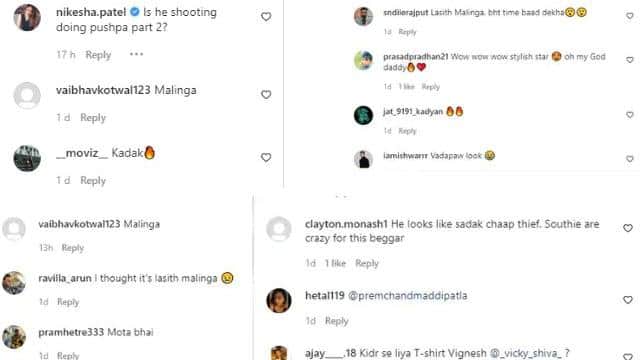 Will the story of ‘Pushpa The Rule’ take a turn?
One user wrote in the comment box, “Day by day you are getting older and older.” One troll wrote in the comments section, “He looks like a street thief. Why are people in the South crazy about these beggars? Some called Allu a fat brother and some called him a Wow Wow star However, only time will tell what twist the story of Pushpa The Rule will take.

Anupamaa June 27 Episode Update: Baa and Rakhi Dave will have a tough fight! Will the sitar play under the snake’s ear?