He listened to music all the time, he composed, he painted pictures, he drew clothes, he made sculptures, he created stagings for his performances, where everything was excessive, brilliant. “Tino Casal played with extravagance, he was avant-garde, courageous. He followed in the footsteps of David Bowie and Marc Bolan, supercharacters beyond the musical that generated a creative universe that influenced everything that had to do with appearance,” says Juan Gutiérrez, curator with Rodrigo de la Fountain Tino Casal: art by excesswhich will arrive at the Costume Museum this fall. September 22 marks the 25th anniversary of his death, at the age of 41, in a car accident. It was dawn, after an interminable night in Madrid with Fabio McNamara and the painter Antonio Villa-Toro. “It seemed relevant to us to recover it and to praise it as our particular Bowie, in the sense that it represents a profound change not only aesthetic but also social, in terms of mentality, in particular due to the rupture of roles and conventions established genres,” he adds, the curator. 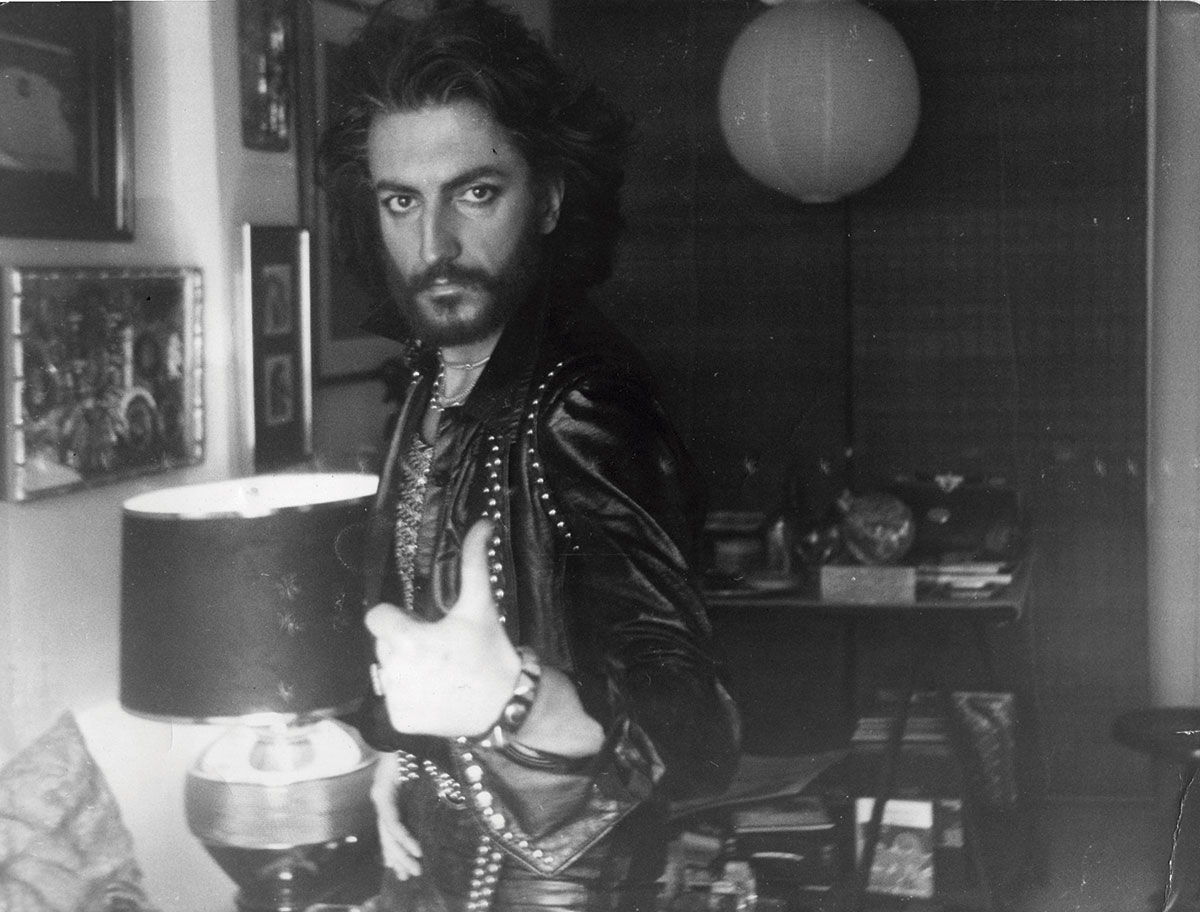 Image from the family archives, with a Casal a la Sandokan in 1980, according to his biographer, Gerardo Quintana Photo: Personal archives of the Casal family

The exhibition will bring together 150 pieces, most of them from the collection that his family kept in Oviedo. Nearby, in Tudela Veguín, a small town in the shadow of a cement factory, José Celestino Casal Álvarez was born in 1950. His cousin Víctor González Casal assures us that “he has always been an artist, since he was a child”. When he served in the army in León, he conquered the commanders by painting murals in the barracks, and two days a week he went to Oviedo to decorate the Boutique Casal, which Víctor had opened next to what is now the university’s historic building. “He put velvet walls, brass and leather shelves, a hand as a doorknob, an orange floor, a mirrored ceiling, yellow wicker armchairs… This store attracted attention “, he recalls.

Tino’s first band as a child was the Black Sapphires. At 17, he joined Los Archiduques as a singer. Its aesthetic was already beginning to stand out. “At the time he was a pioneer, he dared a lot of things that hadn’t been done before, in appearance and in music. He had the seed and the curiosity, and there were people who helped him, like his girlfriend, Pepa Ojanguren, who brought him to London through the front door,” says Lara González, member with Tejo , Joe Van Houten and Juan Diaz. -Faes from Pixelbox, the design studio from Oviedo which, on the occasion of this 25th anniversary of the disappearance of Casal, will publish black gold, a crowdfunded limited edition book. Also coinciding with the anniversary goes on sale devil’s skin (Warner), an album that includes 34 of his songs, selected by his friend and producer Julián Ruiz, who highlights his perfectionist nature: “Working with him has always been hell, he was never happy when he finished the voice, he wanted to repeat … budget, but the result are records that remain resolutely current”. 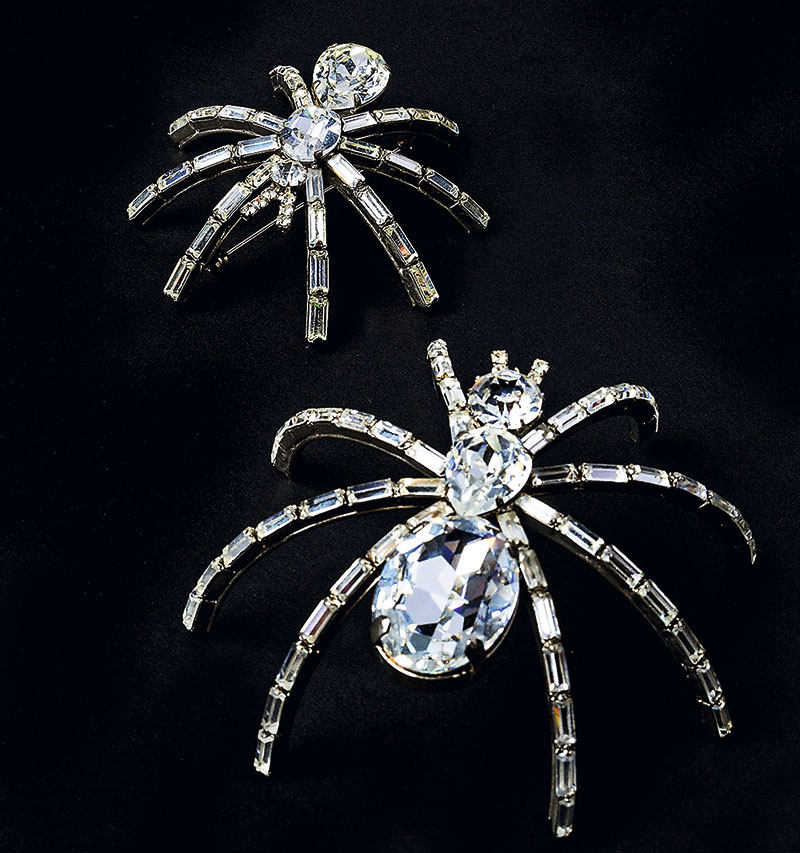 Several of his accessories can be seen in the exhibition, such as these spider brooches, a symbol he also used on the cover of his album Black Label (1984). Photo: Mirta Rojo

From Tudela Veguín to London, from glam to punk

Ruiz says that “they wanted to put it on the label of new wave, but he laughed at it all, he had his style, he loved the depths of music, from Bob Dylan to Miles Davis or John Miles”. From his stay in London was born his fascination with Bowie and the glamourthis new romantic aesthetic – photos of him with Spandau Ballet and Duran Duran are preserved –, the punk flashes translated into black leather, zippers and chains. “I went to London for 10 or 12 days every two months, and with what I brought we met for a snack at Costus [los pintores Enrique Naya Igueravide y Juan José Carrero Galofré, figuras clave de la movida madrileña] in endless sessions”, recalls Antonio Alvarado. The creator has the first time he saw Casal engraved in his retina: “I was dancing on the O’Clock dance floor, in Hermosilla street, almost at the corner of Príncipe de Vergara, which was the first openly gay nightclub in Madrid. He went in the following outfit: pants, a bullfighter’s jacket and a soft body, dancing with Fabio by his side. It was monumental, it drew attention“.

Alaska also coincided with him in the “endless and timeless” evenings at Casa Costus. She was a teenager and Tino was almost 30 years old. “When you’re young and you know clearly what’s coming is the Ramones, Billy Idol and Siouxsie, the above seems total to you, but you feel it’s not contemporary, and it happened to us with him. . Tino was the art, his aesthetic reflected everything else. He was a very complete person.he went to London and came with Vivienne Westwood models, he painted his leather jackets, he worried about his image and that of those who accompanied him, but he was not of our generation” . 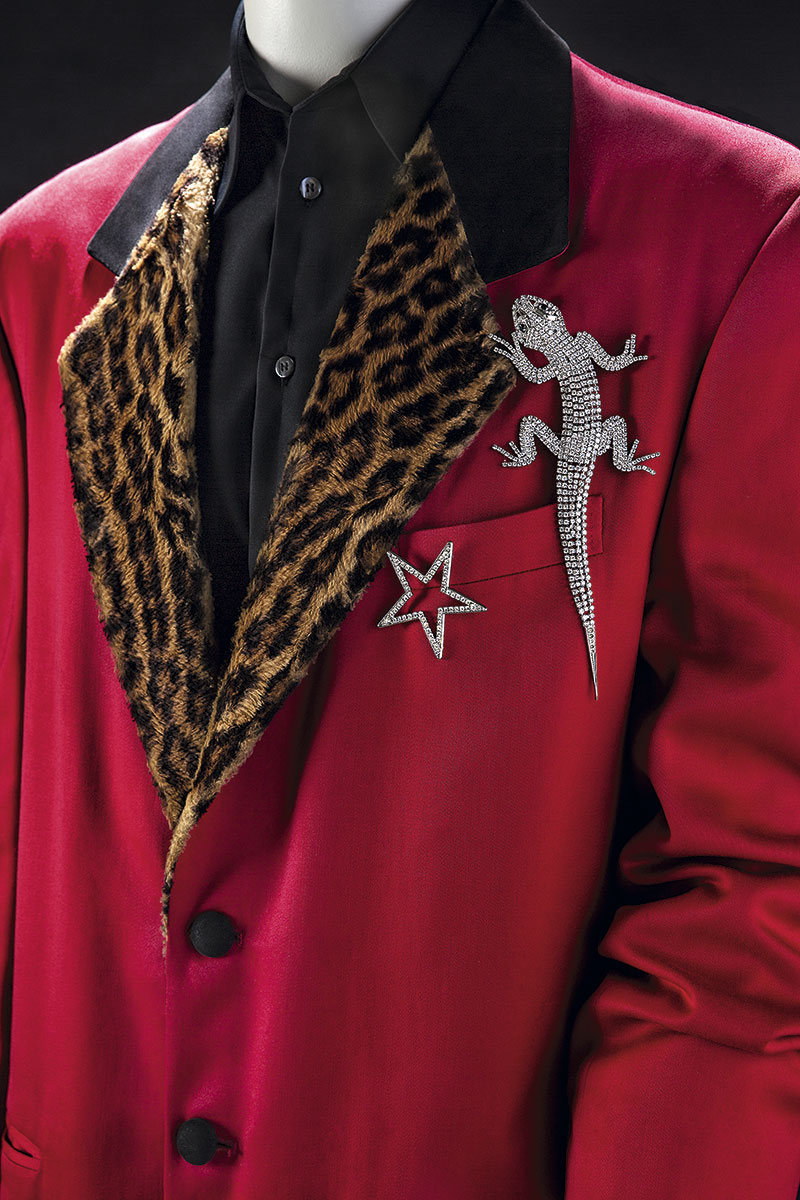 Pieces by Tino Casal: Art by Excess, the exhibition to see at the Museo del Traje in Madrid in the fall: jacket from Eloise’s time and one of the salamander brooches he designed. Photo: Mirta Rojo

The curators of the exhibition defend that, although Casal wanted to be labeled, he “was far from the diagrams. Spontaneity was valued in the movida, and Tino was a very studied guy, who does not respond to the concept of urban tribe or subculture, he enters the individualism of hypermodernity, a movement now perfectly assumed and which has its characters, like Lady Gaga» . This mentality made him dominate the aesthetics of collage. “I liked the concept of kitsch, accumulation. He succeeded in making this excess work in his aesthetic ideology”, explains Rodrigo de la Fuente, deputy director of the Costume Museum.

Fortu Sánchez, singer of Obús, met him when he became the artistic producer of his group’s first two albums, be ready (1981) and mighty like thunder (1982). Then they stopped working together “because in those years, with the rivalry between technopop and heavy, it seemed like it wasn’t seen very well”. But his influence was reflected in the group:He came to Vallecas all extravagant, and he knew how to see our freshness, there was a time when he dressed us allwith ripped pants, he gave us more chains, more colors, a bit of a snake… Tino was
stylist and fashion genius.

What he did not find, he created. He designed his salamander brooches, one of his fetishes with animal print. “We were in a haberdashery in the village and he saw fabrics in the window. He came in and said to the lady, “I want all the snakes and the zebrerio she has.” She was a style icon who needed to stretch her creativity to everything.; his impressive image took you into another world,” recalls his friend, designer Manuel de Gotor.

“He was mixing, he was reinterpreting the clothes, he could spray his shoes if he didn’t like the color and if when he left his house, on Paseo del Rey, people didn’t turn to look at him, they came back to recharge further; being baroque was his trademark, something natural for him, not a disguise“, explains Gerardo Quintana, biographer of Casal and author of the book Beyond the charm. Fran de Gonari, designer and painter, insists that “beneath all her paraphernalia, which was ultimately a mode of expression, there was an immense degree of authenticity”. That he marked everyone who met him, as the model Damaris Montiel, model from Pepe Rubio’s studio, recalls: “Tino dazzled me with his antics and his aesthetics. He had a limitless imagination, with an exquisite baroque style, no one wore rhinestones better than him“. 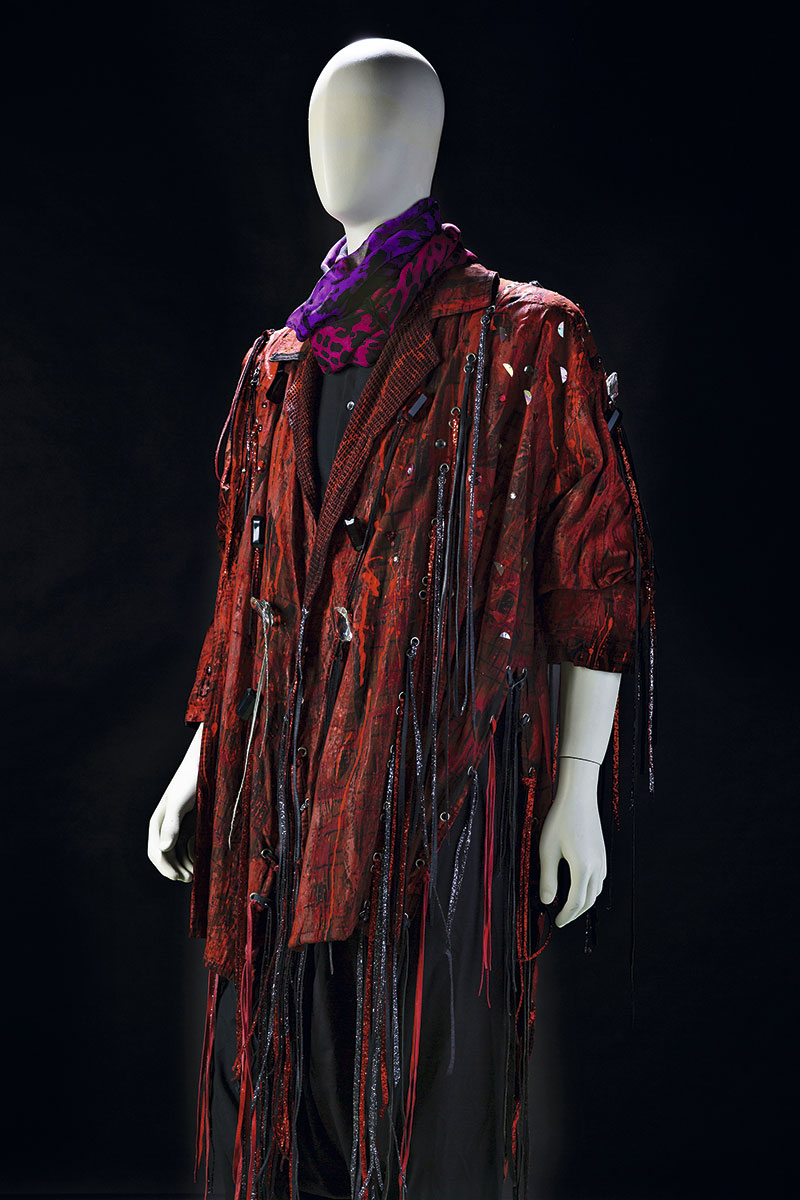 On display will be the jacket he wore on his 1984 tour (above). Photo: Mirta Rojo

First Look at Mads Mikkelsen in Danish Epic ‘The Bastard’