Hands on: Street Fighter 6 makes it fun for newcomers

FIFA 23 Guide: FUT 23 walkthrough, tips, tricks, and more on how to win matches

Every game genre comes with some level of complexity, but fighters probably struggle the most with their onboarding process. With more complex controls to master and a hardcore community to get up to speed, it’s no wonder many newcomers fall at the first hurdle. Street Fighter 6 tries to smooth out those first few hours of difficulty with a modern, simplified control scheme. And it works.

Traditionally a six-button game with individual inputs for punches and kicks, the sixth main line entry provides the opportunity to simplify the bout for light, medium and heavy attacks. Those classic button combos of old are very much part and parcel of Street Fighter 6 — you can even use them with a modern control scheme chosen — but this new commitment from Capcom is all about bringing new kids on the block.

Your light, medium, and heavy attacks are mapped to the Square, X, and Circle buttons respectively, and special abilities determined by the drive gauge are activated by Triangle and a direction on the D-pad. This is as complicated as modern controls get; Almost every move in the game is just a button press away. A Super Arts gauge charges when you deal and take damage during combat, and this also requires pressing the triangle and circle buttons at the same time to trigger.

By breaking down Street Fighter into these easy-to-remember inputs, the title instantly becomes much more accessible. Now you don’t have to spend five minutes scrolling through Ryu’s move list to learn the button combinations for the Hadoken. Now all that’s needed is the triangle button and a direction on the d-pad. This works wonders for newcomers, ensuring they can compete and start having fun right away.

Those flashy, flair-filled moments usually reserved for EVO tournaments can now be performed by someone who’s only been learning Ken’s moveset for a few hours — the neon and graffiti-packed art of Street Fighter 6 Look better than ever while lighting up the screen with style. . Feel good while doing it, modern controls work great.

That’s not to say the game loses all of its complexity, though. While Ryu and Ken are fairly easy to pick up and play, the likes of Guile represent a quick step up with a more advanced moveset based on charge. There are still many types to adapt to; Simplifying button inputs has made every character not feel the same in the slightest. 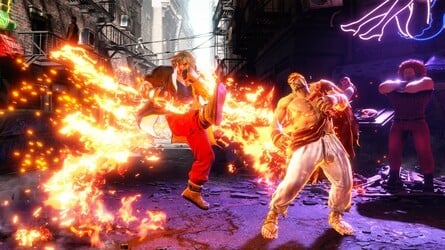 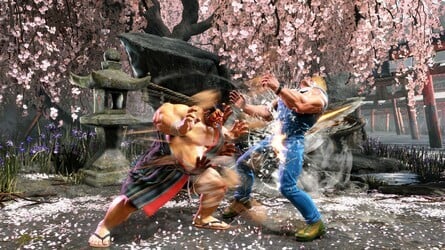 Does it still feel like button-mashing at times? Of course: there’s still a control scheme to learn that’s going to feel alien to newcomers to the genre. However, Capcom has dramatically reduced the time it takes for someone to go from Zero to Street Fighter Hero. It’s the most approachable and approachable entry in the series to date, and with a healthy roster at launch and a super slick art style to boot, Street Fighter 6 is set to please both the soft and the hardcore. . If you’re ever going to get down and learn a fighting game, there’s never been a better opportunity than Capcom’s latest.

Street Fighter 6 is scheduled to launch next year for PS5 and PS4. Are you going to give the game a chance as a fighting newbie? Share your thoughts in the comments below.

Wo Long: Fallen Dynasty’s demo is out now on PS5