Paul Rudd Calls Getting in Shape for 'Quantumania' “So Much Harder” Than for 'Ant-Man 2': “I Had Fallen Off”

Austin Butler Says All His Singing for 'Elvis' “Destroyed My Voice”

Mumbai: There is sad news from the Hollywood industry. Famous singer Jake Flint, 37, has died. After a few hours of marriage, Jake said goodbye to the world. The saddest thing is that the singer got married on November 26, fell asleep after the wedding and never woke up again. Family friends and newly married wife Brenda Flint are deeply saddened by the passing of Oklahoma resident Jake Flint. However, the cause of the singer’s death has not been clarified. Fans are heartbroken by the singer’s death and pay their respects by remembering their favorite singer.

Jake Flint’s publicist, Cliff Doyle, confirmed Singer’s death. According to Cliff, “Jake Flint passed away in his sleep on Saturday, November 26, just hours after his wedding to Brenda.” Brenda, wife of Hollywood singer Jake Flint, is shocked by the sudden disappearance of her husband. It is very painful to separate from your life partner just hours after getting married.

I want that back!
Brenda Flint, inconsolable, wrote a touching post on Facebook. She writes: “We should have seen our wedding photos now, but instead I have to think about what clothes to bury my husband in. People shouldn’t suffer so much. My heart is gone, I need it. I want him back, I can’t stand it. I want it back’. Expressing their grief over this message from Brenda, people are praying to God. 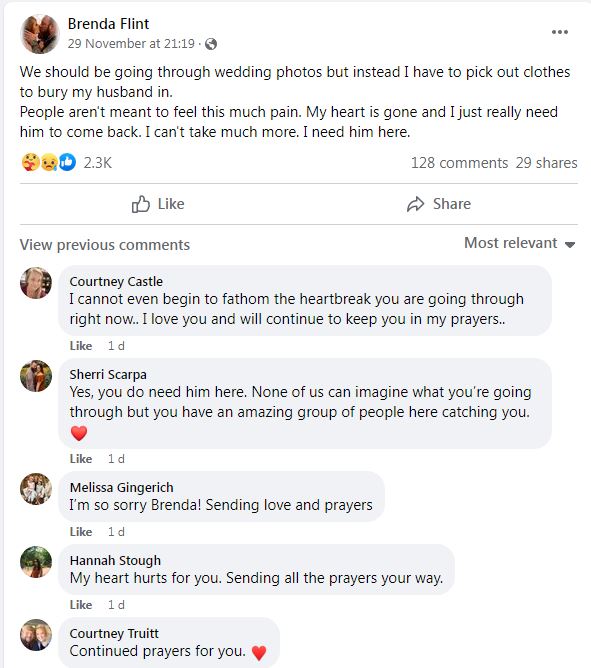 These 2022 horror movies got the highest ratings, avoid watching alone

Will Smith’s ‘Emancipation’: What the Critics Are Saying