Vince Vaughn Weighs In on Possible 'Dodgeball' Sequel: “The Studio Likes It So We'll See Where It Goes”

Mumbai. WWE fame and Hollywood actor Dwayne Johnson is enjoying the success of “Black Adam” these days. The film still remains in many theaters in India. Along with that, it is doing well at the global box office. This film was released in India on the occasion of Diwali this year. Meanwhile, the announcement of Dwayne’s next movie was also made. In this movie, two of Hollywood’s most popular actors, Dwayne and Chris Evans, will work together for the first time. Both will be seen in the movie ‘Red One’.

We all also know Chris Evans as Captain America. Chris played the character of Captain America in Marvel Studios’ Avengers series. He gained a lot of popularity thanks to this character. The two will be seen together in the movie ‘Red One’. Chris also posted the first preview of the film from his social media account. 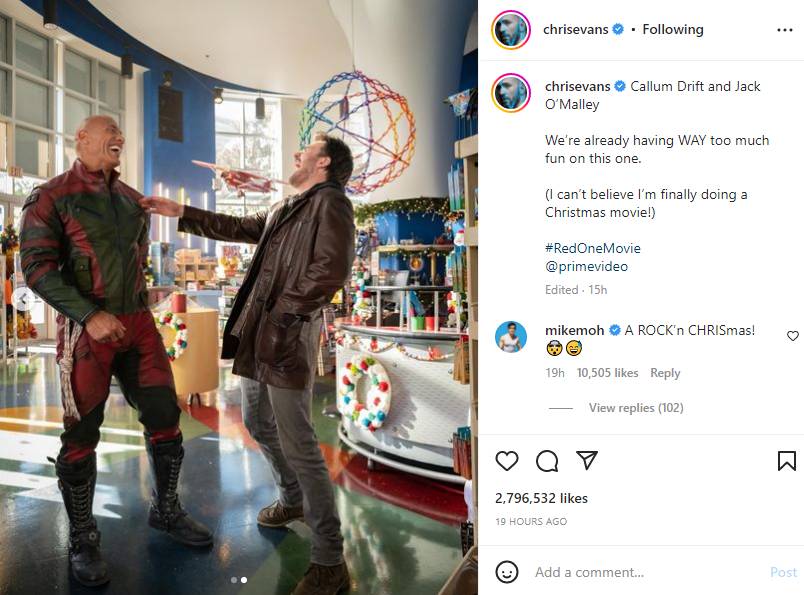 Chris shared the first look at the film

Chris Evans shared two photos on his Instagram post. In one photo, the two pose for the photo. Dwayne Johnson looks serious and while Chris has a slight smile on his face. The two are standing in a store. While in the second photo, Chris and Dwayne are seen laughing and giggling. Chris is going out for Christmas for the first time. He also expressed his excitement about it.

Chris films a Christmas outing for the first time

Sharing the first look of ‘Red One’, Chris Evans wrote: “Callum Drift and Jack O’Malley…we had so much fun already for this…(Can’t believe I’m finally doing a Christmas movie). Hoon!) Hashtag RedOne Movie.” Dwayne stars as Callum and Chris stars as Jack in the film. The film will be released next year around Christmas.

VIDEO: Priyanka Chopra gave an update on a village school and said: ‘Change should start from childhood’