In France, the reactor of the oldest nuclear power plant was shut down due to heat

"Not an army, but a gang of professional marauders" - a declassified archive of complaints to the military prosecutor's office of the Russian Federation

Russian reaction to explosions in Crimea: a military expert told why the Russian Federation cannot admit its defeat

"This deprives the occupiers of their head privilege": an expert explained the consequences of the explosions in Crimea for the Russian Federation 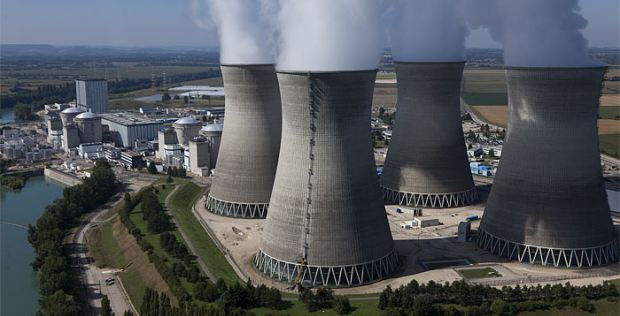 The largest French energy generating company Electricite de France (EDF) has shut down several of its managed nuclear power plants due to record heat and a swollen river, writes The Insider with reference to Wired magazine. As Andrey Ozharovsky, an engineer-physicist and an expert in the “Safety of Radioactive Waste” program of the Russian Social-Ecological Union, told us, Russia has similar problems: for example, the Rostov NPP had to build twelve small towers in addition to the main one in order to make the heat exchange more intensive.

According to him, nuclear power plants in France, as well as Russian ones, cannot operate at high temperatures of the “final heat sink” (water). At the same time, most of the heat generated in a nuclear reactor has to be released into the environment through evaporative cooling towers due to the imperfection of technology. Ozharovsky explains that cooling towers are towers with the help of which hot water is cooled by currents of air to a certain temperature, for example, using cooling reservoirs, as in the USSR. If the final sink is a water body, there are cases of disconnected stations at the Russian power stations at water temperatures above 30-31 degrees.

“Nuclear stations cannot operate at air or coolant temperatures higher than those set by the developer and simply shut down. If no one will try to break the instructions, the nuclear plants will be shut down, and there will be less electricity in this or that region, and there will be no environmental problems. But, it is quite possible that they will ask to make power units work in non-design modes, and this is already quite bad. I know the habits of atomists, both Russian and French, — they can ask to sneeze».
Ozharovsky adds that the French stations were built by “the willful decision of General Charles de Gaulle, who at the end of his reign became a dictator and decided that nuclear power is progress.” According to the expert, de Gaulle “someone lied” about this, and he decided to provide the country with a free, endless and reliable source. However, the source turned out to be not free, but even extremely destructive and unreliable, because it turns off not only because of the weather, emphasizes the physicist.

He cited as an example the fourth block of the Rostov NPP, located in Volgodonsk, Rostov Region, which was completed in 2018. Russia built an evaporative cooling tower, which then stopped working, and now, in addition to this huge tower, they built twelve small ones to make the heat exchange more intensive. Therefore, such a problem is not only for the French, Ozharovsky notes. According to the physicist, if in the 60s and 70s the designers did not understand what a phenomenon such as global climate change is, then in the case of the Rostov station it is a “mega-facap”, because everyone knew and understood everything, however anyway they decided that they would build like that.

In his opinion, all these situations will most likely lead to the fact that a greater number of people will understand that atomic energy is the last century. The problem is that it produces radioactive waste, with which it is not clear what to do, and there is a risk of accidents. But the situation with the French nuclear power plant should push those countries in which they see climate change to gradually abandon nuclear energy and use renewable sources. The expert notes that solar energy, on the contrary, bright solar days are beneficial. For example, Germany was able to close almost all nuclear plants and, despite the political crisis, will continue to close: «There are three reactors left, and they will either close this year, or postpone until the next one and will increase the share of renewable sources, их сейчас более 40% ».