"Not an army, but a gang of professional marauders" - a declassified archive of complaints to the military prosecutor's office of the Russian Federation

Russian reaction to explosions in Crimea: a military expert told why the Russian Federation cannot admit its defeat

"This deprives the occupiers of their head privilege": an expert explained the consequences of the explosions in Crimea for the Russian Federation 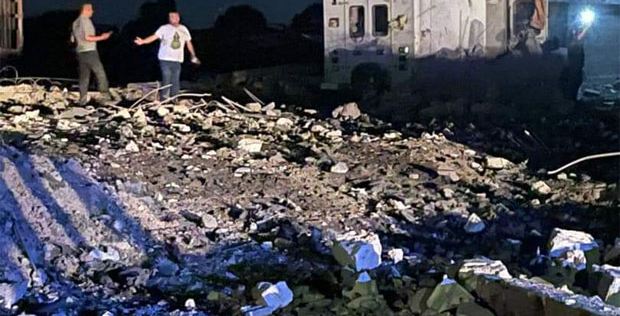 SOHR sources reported that at least eight people died as a result of the strike. According to their data, three people of “non-Syrian nationality” and two Syrians associated with “Hezballoy” were killed at a factory for the production of Iranian drones, near the Sayeda-Zeinab area, three more Syrians were killed in air defense positions at the Al-Maza air base.

Local media note that as a result of the airstrike, military bases where Iranian forces are stationed were also attacked.

In July, the US authorities announced that Russia wanted to buy several hundred drones from Iran, including combat ones, to use them in the war in Ukraine. US National Security Adviser Jake Sullivan noted that Washington does not yet know if Tehran sent drones to Moscow. He specified that the USA has “information” indicating that Iran is preparing to train the Russian military to use its UAVs.

Sullivan also noted that Iran provided similar drones to Yemen’s Houthi rebels to attack Saudi Arabia until a ceasefire was reached in the region.

Podoliak explained that Ukraine will start a full-fledged counteroffensive

The Cabinet of Ministers changed the rules and paid the military: to whom they will pay the salary of 100 thousand hryvnias