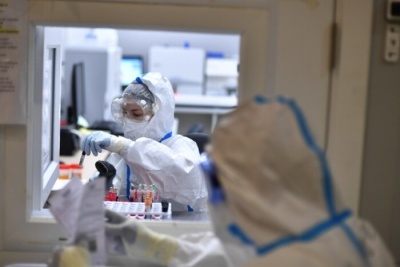 Scientists in China have identified a new genipavirus virus of animal origin, which they named Langya (“Lan’ya“) henipavirus. The first cases were recorded in Shandong and Henan.

This is reported by the world medical journal New England Medicine (NEJM).

Chinese and Singaporean scientists have indicated that a virus can infect people. Symptoms of patients include fever, fatigue, cough, anorexia, myalgia, nausea, etc. At least 35 people have already been infected with the virus.

Scientists note that the disease is similar to “Nippah“, which is one of the most dangerous viruses in the world. There is no cure for it, and the fatality rate ranges from 40% to 75%. However, it should be noted that the identified cases were not fatal or very serious.

Scientists will not determine whether it is possible “Lan’ya“ transmitted from person to person. In the animal world, the virus was most often detected in shrews. Antibodies were also detected in cats and dogs. In addition, scientists discovered other associated viruses “Nippah“ in bats, rodents and shrews, mammals Spikys homelands.

Until recently, only two genipaviruses dangerous to humans were known to the world – “Nippah“ and “Hendra“. Infection with them can occur both in an asymptomatic form and in the form of a severe respiratory infection with a fatal outcome. Their carriers in the wild are bats.

Recently, it was reported that the Chinese Wuhan (where the Covid-19 pandemic started) is in lockdown again. The government found four carriers of the virus without symptoms, and almost a million residents of Wuhan suburbs will now stay at home for the next three days.

Earlier, the European Commissioner for Health and Food Safety, Stella Kyriakides, warned on Monday that another wave of Covid-19 awaits the EU member states in the winter.

Meanwhile, European countries have seen a significant increase in Covid-19 cases as the summer season begins.

Taurus must be brave, and Virgo must let go of the past: horoscope on August 9