The Ministry of Justice of the Russian Federation recognized Bykova, Albats and Mityu Aleshkovsky as foreign agents 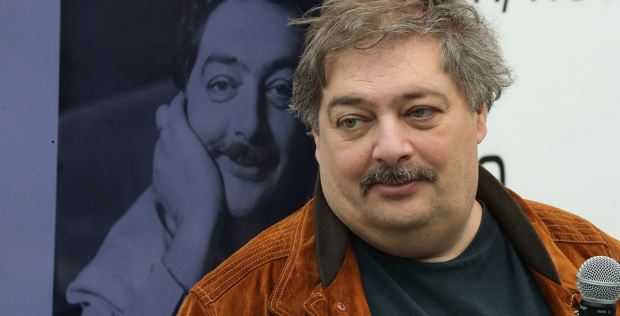 The Ministry of Justice of Russia entered the register of SMI-innoagentov journalists Dmitry Aleshkovsky and Evgeniy Albats, as well as the writer Dmitry Bykova.

Aleshkovsky – journalist, photographer, director of the Internet editions “Takie Dela” and co-founder of the charity fund “Necessary Help”. At the end of 2021, he announced his resignation as director of the fund, explaining that he cannot say what he thinks and do what he wants, because he has to constantly assess how it can affect the organizations he trusts.

In 2022, Aleshkovsky spoke out against Russian military operations in Ukraine.

Albatz — editor-in-chief of The New Times magazine, which since 2017 has been published only in online versions. In February, the publication’s website was blocked by the decision of the Prosecutor General’s Office after the request to remove materials about the conflict in Ukraine. The basis for the blocking was the publication of information on the site “with calls for mass riots, extremist activity or participation in mass (public) events conducted in violation of the established order, untrustworthy publicly significant information distributed under the guise of credible messages.” In May, Roskomnadzor published and Albats four protocols on administrative offenses due to publications that had been removed for three months.

“They didn’t inform me about it,” Albats commented on the Ministry of Justice’s decision to declare her a foreign agent, promising to challenge it.

Bykov – writer, poet, publicist, literary critic and teacher, creative editor of the newspaper “Sobesednik”, member of the Union of Writers of Russia. The projects “Citizen Poet” and “Good Gentleman” brought him special fame in the early 2010s – within them he wrote satirical poems on current events, based on works of classics of Russian literature.

Bykov was an active participant in the 2011-2012 rallies and was a member of the coordination council of the Russian opposition. In February 2022, he spoke out against Russian military operations in Ukraine. After that, the chairman of the State Duma committee on culture, Elena Yampolskaya, spoke out against the sale in stores of his books, as well as the works of other authors who spoke out against the war – Leonid Parfenova, Boris Akunin and Dmitry Glukhovsky.

The list also included OOO “Inoagent AAV”, created by the former CEO of “Ekha Moskvy” Alekseem Venediktov. The Ministry of Justice recognized him as a foreign agent in April. Subsequently, Venediktov reported that the department explained the reasons for his inclusion in the list: it is the salary of “Ehe Moskvy” and dividends of the historical magazine “Dilettant”, 76.43% of the shares of which until recently belonged to the journalist (now his wife Elena owns the matching shares ). Venediktov promised to appeal the decision of the Ministry of Justice.

In July, he registered a legal entity “Inoagent AAV” with the right to publish.

Radio station “Echo of Moskvy” was taken off the air on March 1 after the General Prosecutor’s Office announced that materials with calls for extremist activity and false information about the actions of the Russian military in Ukraine were posted on its website. On March 3, the board of directors of “Ekha Moskvy” decided to liquidate the radio channel, and then the corporate accounts on social networks were also deleted. On March 9, Sputnik, belonging to MIA Rossiya Segodnya, started working on the “Echo” frequency in Moscow.

How to reverse sunglasses correctly? Answer to us whether at Cristals Optic salons*