So, without any further ado, let’s get started –

Months of rumors, leaks, and speculations have come to an end as Apple has officially confirmed the date of the Far Out event.

Even though Apple hasn’t announced anything else except the date, time, and where to watch the event, we are quite sure that Apple will unveil the all-new iPhone 14 series and Apple Watch 8 Series at the event. 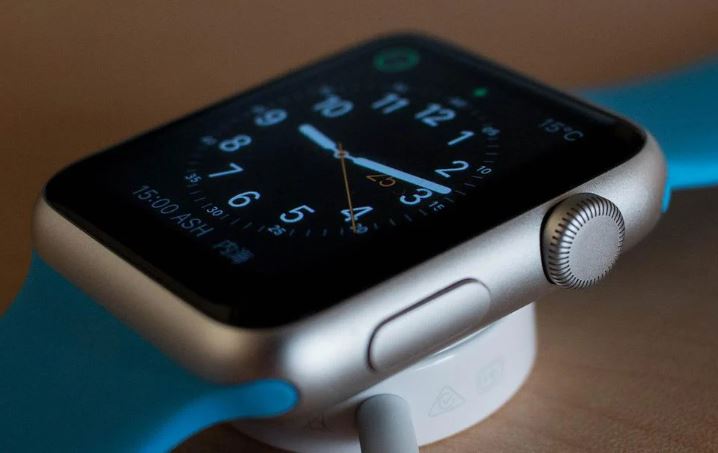 Some speculation suggests that Apple could also unveil the second generation AirPods Pro, but we don’t have any reliable resource confirming the news.

Talking about the Apple Watch 8 Series, it is speculated that Apple Watch 8 isn’t the only watch Apple will launch this year. This tip is coming from Bloomberg’s reliable tipster, Mark Gurman. According to him, “we could be seeing a new rugged model rebranded as the Apple Watch 8 Pro.”

There are already so many rumors and leaks around Apple Watch 8, such as health sensor upgrades, better connectivity, and more, and in that case, if Apple Watch 8 Pro is happening, it will be in line with Pro products and will offer some additional features such as bigger battery life, display, and so on.

Here, we have covered everything that we know about Apple Watch 8 Series –

Apple has confirmed a launch event, Far Out, to be held on September 7, 2022, but hasn’t said anything else about this event except the event date and where to watch it. Apple has shared a cover poster of the event, but that doesn’t confirm anything about the products they will unveil.

However, it is strongly believed that Apple will unveil the next-gen iPhone 14 series along with the Apple Watch 8 series at the event. 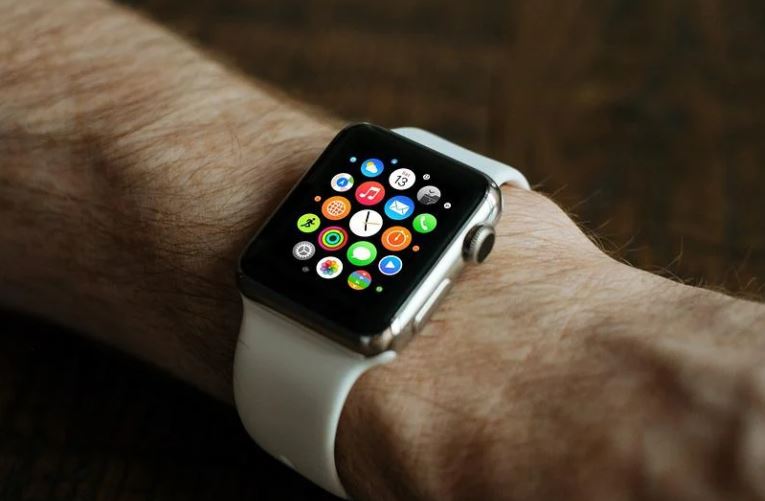 At the event, it is rumored that Apple will launch three Apple Watches that are –

The current pricing of the Apple Watch Series 7 watches is – 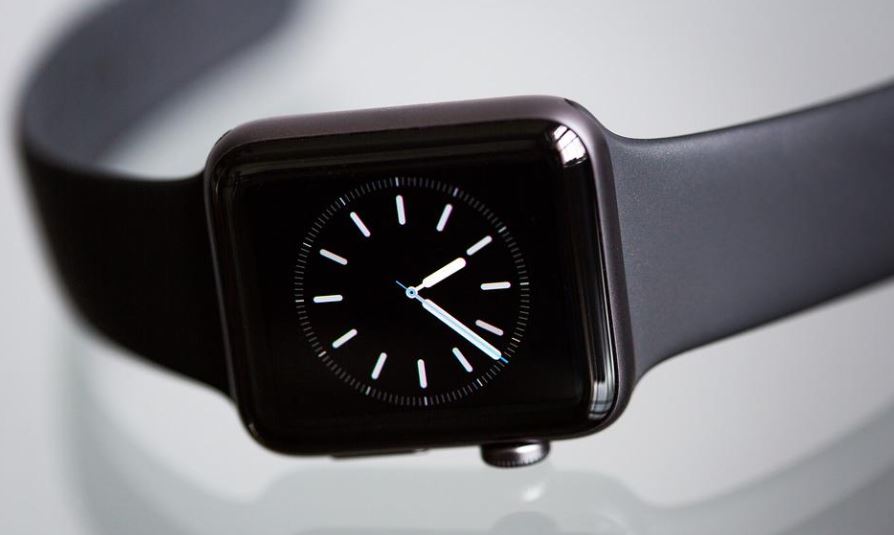 Throughout the years, Apple has followed a similar pricing pattern, and messing up with the core pricing can affect Apple badly. Therefore, we expect that there will not be a huge difference in terms of pricing.

As per the rumors that we have heard, Apple Watch Series 8 will get a hike of $30-$50 in pricing, making the base variant available at less than $449.

On the flip side, we have no information about the Apple Watch 8 Pro, but since it is coupled with the Pro name, it will probably cost much more than the standard Apple Watch 8.

According to rumors, the Apple Watch 8 Pro could cost as much as $699 for the base variant.

According to Mac Otakara, the upcoming Apple Watch Series 8 “Pro” will feature a larger 47mm size and a flat display. This model is expected to start at a higher price close to $1000 pic.twitter.com/9MmBhkewFA

How to pre-order Apple Watch 8 Series

The Apple Watch 8 Series will be available to pre-order from its official website once it is announced at Apple’s Far Out event.

We will update this article with information on how to pre-order Apple Watch Series 8, along with exciting deals and more. 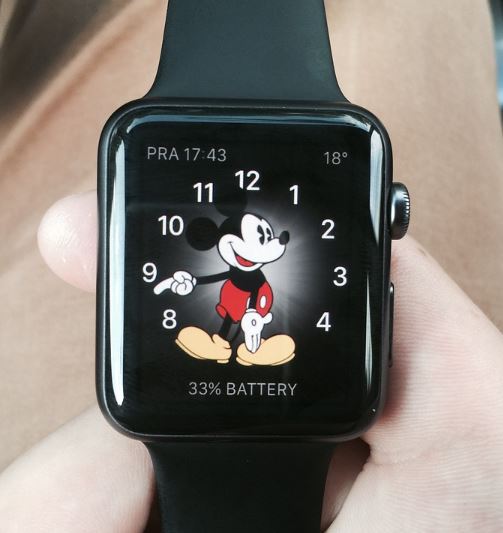 Below, we have shared the features, based on rumors and leaks, that we can see in the next-gen Apple Watch –

Even though this is a rumored feature, there are great chances that we could see it in the upcoming Apple Watch Series 8. The reason for this is that Apple filed a patent in December 2021 that says, “Watch with Optical Sensor for User Input.,” suggesting that Apple is working on this concept.

This sensor will be able to receive inputs from the wearer from as far as 90 feet away. If Apple Watch Series 8 comes with it, it will be replaced by the standard watch crown. This will also allow the watch to understand gestures and motions, giving you a better way to interact with the watch.

Checking body temperature isn’t a big deal as we can carry a pocket-size thermometer with us all the time, but what if we get this functionality on our watch? Rumors pointed out this feature could be available on Apple Watch Series 7, but the Series 7 didn’t come with anything like this.

However, it is believed that Apple will include this feature in the next-gen Apple Watch. If Apple does so, it will help to make the Apple Watch’s health and wellness arsenal more powerful.

There was another rumor spread by Jonn Prosser that suggested that Apple Watch 2021 could come with a flat-edged design. Since that didn’t happen, it is now believed that Jonn Prosser’s rumors were related to early leaks of Apple Watch Series 8.

That sounds quite fascinating, but another reliable source related to Apple Watch 8 claims that Apple Watch 8 is going to copy most of the design elements from the Series 8, meaning no flat-edged design.

A very strong rumor suggests that the Apple Watch Series 8 could use MicroLED instead of OLED. If this rumor is true, Apple Watch 8 could offer a very slimmer design with a much brighter display than any other Apple Watch model. On top of that, MicroLED technology is also less power-demanding, offering a better battery life.

There is another patent that proposes the concept of “Wearable Electronic Device Having a Light Field Camera,” and if it goes into use with Apple Watch Series 8, users will be able to prove their identity using their wrist or forearms.

This feature will work similarly to your face or finger unlocking. However, if Apple Watch 8 doesn’t come with this functionality, we can hope that it will at least have the Touch ID.

Similar to a temperature reader, this feature would also be a huge upgrade from a health and wellness standpoint. If Apple introduces this feature on Apple Watch 8, it will be a lifesaver for diabetic patients and people who love monitoring their blood glucose levels.

Again, this rumor is also based on Apple’s other patent, but it is not clear to understand what they mean by “system for measuring a concentration of a substance.”

Apple has already introduced a feature that detects whether you’ve had a severe fall and if yes, it automatically dials 911 or any other emergency number. This time it is rumored that the upcoming Apple Watch will include a feature that could detect car crashes.

Lastly, we have another rumored feature we strongly believe we can see in the next Apple Watch. It is speculated that Apple Watch Series 8 will boast WatchOS 9, new watch faces, updated Siri UI, and many other additional features.

There you have it – a detailed article covering everything we know about Apple Watch Series 8.

The Apple Watch Series 8 is just a week away from being unveiled, and we already have so many rumors to digest. It is quite certain that the next-gen Apple Watch will receive significant upgrades from its predecessors, but since there is no confirmation from Apple, we cannot say that anything that we have covered in this article is 100% true.

Therefore, take everything we shared in this article with a pinch of salt and wait for Apple to unveil this watch. We will update this article with more confirmed news about Apple Watch Series 8. So, you can consider bookmarking this page.