Samsung launches two new Smartwatches; With this, ECG and BP will also be able to measure

This is the price of both variants
Pricing for the Samsung Galaxy Watch 5 starts at $279 (around Rs. 22,100) for the 40mm Bluetooth version and $329 (around Rs. 26,100) for the LTE version. Pricing for the larger Bluetooth and LTE variants of the Galaxy Watch 5 (44mm) has yet to be announced. The 40mm variant has graphite, rose gold, and silver color options. The latter has a purple Bora bracelet. The 44mm version of the Samsung Galaxy Watch 5 is available in Graphite, Sapphire, and Silver color options. 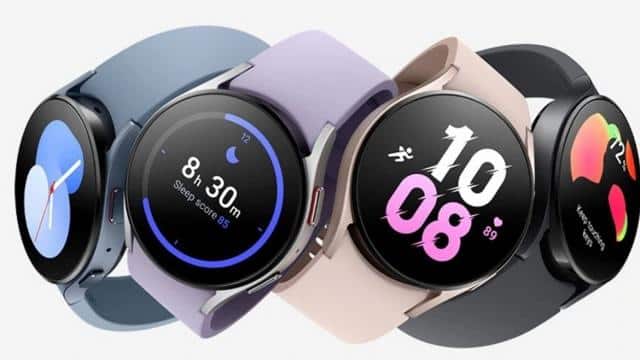 The smartwatch features a new Samsung Bioactive sensor. According to the company, the sensor combines an optical heart rate sensor, electrical heart signal, and bioelectrical impedance analysis to provide its user with a range of health information including heart, SpO2 levels, and blood pressure levels. of stress. Samsung also equipped the Galaxy Watch 5 with a temperature sensor that uses infrared technology. Sensors include an accelerometer, barometer, gyroscope, compass, and light sensor.

Samsung has announced that the Google Maps app will soon be coming to the Galaxy Watch 5, which will work independently of a connected smartphone. The company is also adding support for SoundCloud and Deezer to stream music and audio.

The Galaxy Watch 5 Pro is equipped with Samsung’s bioactive sensor, temperature sensor, accelerometer, barometer, gyroscope, compass and light sensor. Wi-Fi, Bluetooth v5.2, NFC, and GPS support are available in the Pro variant of Samsung Galaxy Watch 5. Like the Galaxy Watch 5, it has an IP68 rating for dust and water resistance. water (5ATM). It packs a 590mAh battery with WPC-based wireless charging support. It measures 45.4 x 45.4 x 10.5 mm in total and weighs around 46.5 grams.

Moto’s beautiful Tab G62 will be launched on this date, these amazing features will be available at a low price

Google did the work of parents, launched a new parenting website