A young man sitting on a bicycle was attacked with a stick, died: The incident was filmed by CCTV, there was an argument with the woman about something 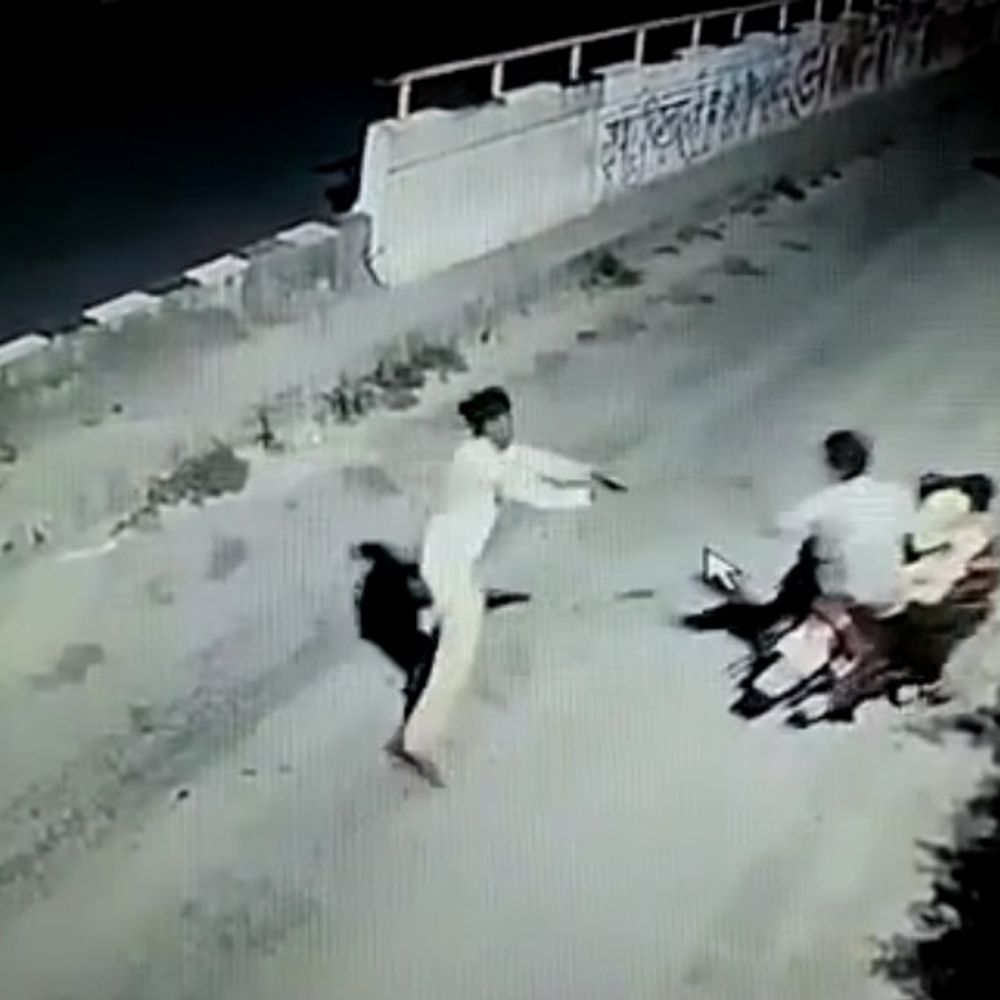 A woman and her son beat a young cyclist to death near Upeda village below Babugarh police station in Hapur district. After the death, there was an uproar in the family. The family is in a bad state crying. Video of the whole incident has gone viral on social media.

According to reports, Gajalpur, resident of Ravi, and Babugarh, resident of Baburam, were going on bicycles. As soon as he arrived near the Upaida bridge, there was an argument with a woman about something. Then the woman called and called her son. In the meantime, he hit Ravi in ​​the head sitting behind on the bike. During this time, the bike became unbalanced and fell into the drain. The police came to the scene after being informed of a fall into the sewer.

The police sent Ravi to the hospital. Where he died during treatment. Family members were shocked by the news of the death. However, the body of the deceased was cremated without a post-mortem. Police began investigating the case after the same CCTV footage emerged. So far, no complaint has been filed in this regard. So far, no tahrir has been handed over by the family to the police.

A young man fell into a sewer because of a stick

Devendra Singh Bisht, head of Kotwali, said that initially the cause of death must have fallen into the sewers. But after the footage comes in, the case is being investigated. Upon receipt of Tahrir, a file will be registered and the accused will be arrested.

Defendant Arrested in Prayagraj Double Murder Case: Two Other Defendants Died After Incident; The woman had died during treatment

BDA will bring 1236 crores of new schemes: At the 84th meeting, BDA adopted all new schemes placed before the Divisional Commissioner and DM