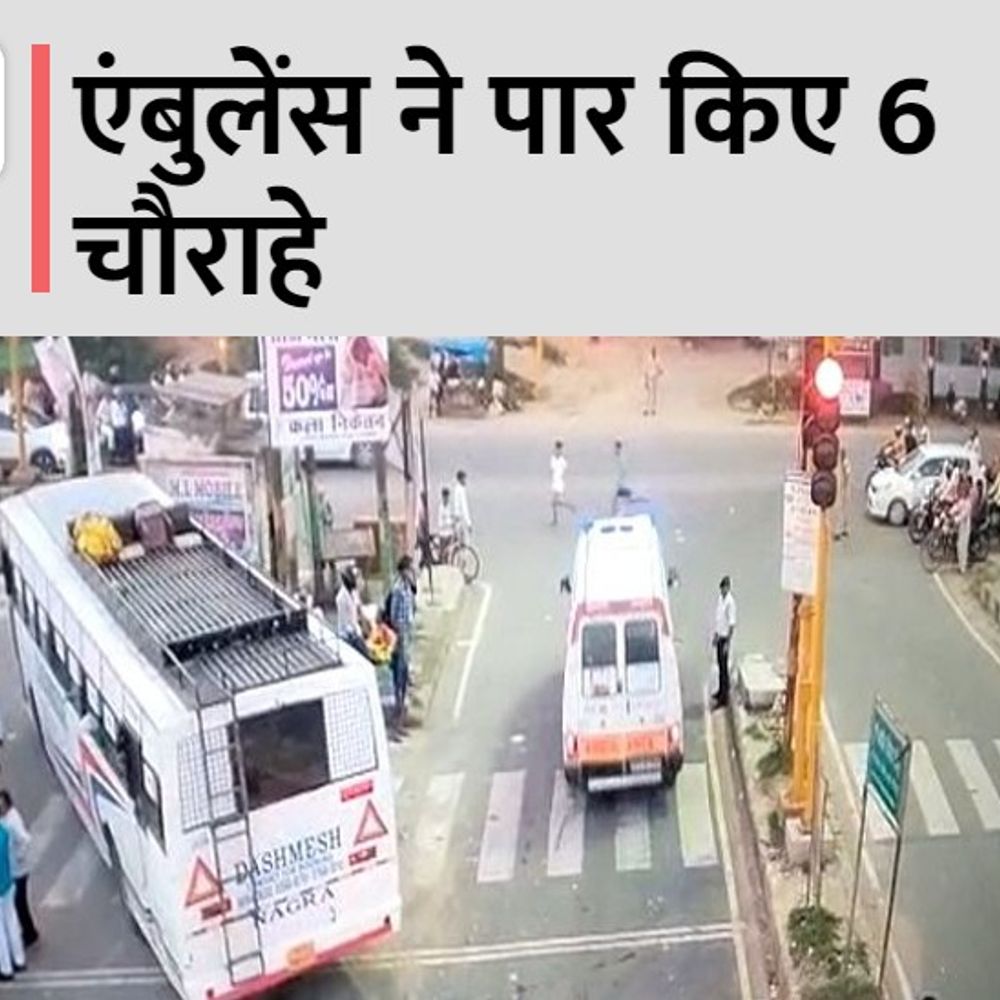 In Gorakhpur, city traffic suddenly came to a halt late in the evening. Police radios started ringing. Write down all the information… A little girl has trouble breathing.

Ambulance 108 will take Nausad’s sick daughter to the district hospital, immediately clear this road and create a green corridor. It was the voice of SP Traffic Dr. Mahendra Paul Singh on the police radio.

Hearing the sound of SP traffic, the whole department went into a frenzy, and immediately all traffic in the city was stopped. The road from Nausad to the district hospital was transformed into a green corridor in just 2 minutes.

The sound of the siren and the counter fork at 120, 108 ambulances made a record by taking the girl to the district hospital in just 6 minutes.

The ambulance coordinator asks for a green corridor

Ambulance coordinator Praveen Pandey asked the traffic police for an ambulance number UP 32 BG 9500 to come to the district hospital.

In this, Gola has a 6-year-old daughter named Amrita. Who is a girl struggling with a heart problem. His breathing stops slowly. He was referred to the district hospital by ambulance 108 from Gola Primary Health Center.

The child will arrive in time, only then the life will be saved

The doctor at the upper primary health center said the patient’s condition was very critical. Go to the district hospital immediately, only then the girl’s life can be saved.

The ambulance is about to reach the Nausad intersection. Please clear the road from Nausad to the district hospital. So that the child can be transported to the hospital as soon as possible.

crossed 6 intersections
Upon hearing the sound, SP Traffic broadcast its information over the radio. There were a total of 6 intersections on the way from Nausad Chowk to the district hospital, where all preparations had been made in advance.

There was a continuous buzz of ITMS ambulance numbers and instructions were given to traffic personnel to clear the road.

In a few minutes, this route was transformed into a green corridor and the ambulance driver took the girl to the hospital in 6 minutes. Currently, the girl is undergoing treatment at the district hospital.

One thief arrested, another on the run: had committed 6 incidents including a robbery, searched for a thief on the run

4-Year-Old Missing in Lalitpur: Police Picked Him Up in Just 3 Hours, Came to Market with His Mother