Crisis on the menu of the G7 summit

Why 107 Indians Reached China's Yiwu City By Special Flight, Waited For This Day Since 2020 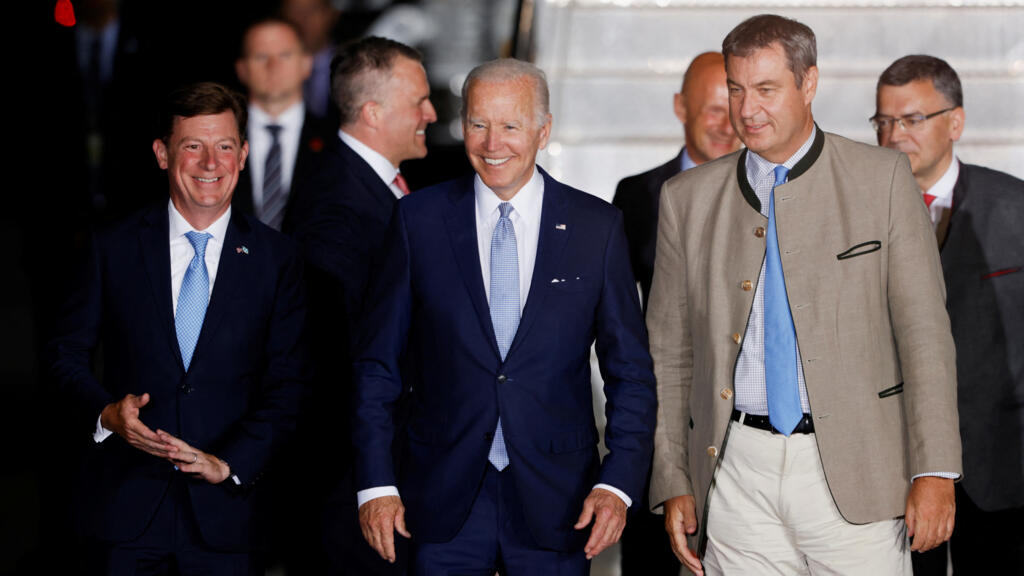 From war in Ukraine to food security and climate, leaders of G7 countries have been meeting in the mountains of southern Germany since Sunday in the bed of a world in crisis.

The leaders of the United States, Germany, France, Britain, Italy, Canada and Japan meet on Sunday, June 26 for a three-day summit at Schloss Elmau, a luxury hotel located in the Bavarian Mountains, in an effort to increase pressure on Russia. , whose invasion of Ukraine has led to incidents of food and energy shortages.

Thousands of police are deployed to secure the meeting, which will be held until Tuesday, at a luxury complex at the foot of the peaks. On Saturday, hundreds of kilometers away, thousands of protesters, without any notable incident, marched on the streets of Munich to demand stronger action in favor of the climate.

The charming setting of Elmau Castle, not far from the Austrian border, promises beautiful images of the Seven Leaders, but won’t make us forget the many current woes. Continued support for Ukraine, where the Russian offensive is entering its fifth month, will be at the center of this meeting and then the NATO summit, which will last two days in Madrid from June 28.

The war in Ukraine at the center of the debate

G-7 host Chancellor Olaf Scholz recalled this week: support for Ukraine will require “persuasion” because “we are still a long way off” from peace talks between Kyiv and Moscow. The war in Ukraine could indeed go on for “years”, warned NATO Secretary General Jens Stoltenberg.

Ukraine’s President Volodymyr Zelensky, who will speak by videoconference on Monday, should again ask for a heavy arms consignment, as the Russians take control of Severodnetsk in the country’s east.

According to John Kirby, White House Communications Coordinator on Strategic Issues, Joe Biden wants to demonstrate to his allies that standing up to Russia and confronting China are complementary, not opposing, goals.

A senior White House official assured that the G7 summit should lead to “a set of concrete resolutions to increase pressure on Russia and show our collective support for Ukraine”. He did not give details of these possible measures, while many aspects of sanctions against Vladimir Putin’s regime have already been decided by the West.

British Prime Minister Boris Johnson urged G7 leaders to “not give up on Ukraine” on the eve of the summit, warning against any “tiredness” in backing Kyiv and announcing additional economic aid. The White House, however, brushes off any Western fatigue: “We have not seen fractures and cracks within NATO”, said John Kirby.

Massive cuts in gas delivery by Moscow, intended to trigger an energy crisis in Europe ahead of the winter that promises to be tense, according to Westerners, should be on the discussion menu from Sunday.

The leaders will begin their talks with a session on the global economy plagued by galloping inflation, which is particularly linked to rising energy and food costs.

The participation of Indonesia, India, Senegal, South Africa and Argentina in the G7, especially in emerging economies exposed to the risk of food shortages and the climate crisis, aims to create a common response to these challenges. Climate players are also expecting concrete progress from the G7, including a “plan” for a complete elimination of fossil fuels.

On Sunday morning, Germany’s Olaf Scholz and Joe Biden will conclude a bilateral discussion session with a meeting between the two leaders in difficult situations in their respective countries.

The German chancellor has thus seen a decline in his popularity in recent months, failing to show firm support for Kyiv. He is betting on this G7 to restore his image in Germany and abroad.

The US president faces an even more fractured America after the Supreme Court challenged abortion rights in a country hit by high inflation.

Emmanuel Macron, his French counterpart, failed to obtain an absolute majority a week ago and will have to deal with other parties, an unprecedented obligation for him. As for Boris Johnson, weakened by “Partygate”, he saw his party lose two local elections this week and seems to be on borrowed time.

At least 17 youths found dead in a South African nightclub

Ecuador: debate on impeachment proceedings against the President in Parliament