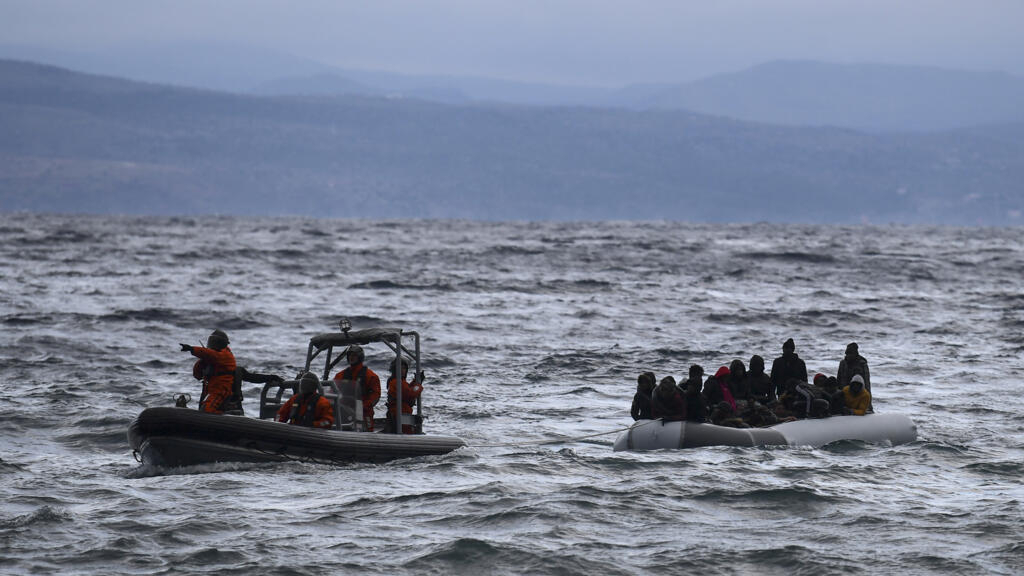 At least 50 people have gone missing after a migrant boat sank in the Aegean Sea near Greece’s Karpathos and Rhodes islands. Rescue operations are on to find the survivors. The ship, which departed from Antalya, Turkey, was to reach the coast of Italy.

Greek port officials are searching for about 50 migrants who went missing on Wednesday (August 10) after their boat sank in the southeastern Aegean Sea, Greece.

“According to the statement of the 29 people rescued, 80 people were on the boat, so 50 people are missing,” a Coast Guard press office official told AFP late in the morning.

According to a statement from the guards, the rescue operation was ordered by Merchant Marine Minister Yanis Plakiotakis in the morning after receiving information about the sinking of the migrant boat from the islands of Carpathos and Rhodes in the Aegean.

According to preliminary information from the Coast Guard, the boat had left from the Turkish city of Antalya, which is located on the neighboring Turkish coast, with Italy as its destination.

Four boats, two Coast Guard patrol boats and a Greek Air Force helicopter are taking part in the search for the missing. Coast Guard spokesman Sky Radio Nikos Koklas said these were disrupted by strong winds, stressing that “many people were not wearing life jackets”.

The dangerous crossing of a few nautical miles between the Greek islands and Turkish coasts in the Aegean Sea, located in the eastern Mediterranean, cost the lives of many migrants and refugees who try to sail to Europe on makeshift boats to escape war and misery. . ,

According to the International Organization for Migration (IOM), 64 people have died in the eastern Mediterranean since January 2022 and 111 in 2021.

The last shipwreck in the Aegean Sea occurred on 19 June. According to the IOM, some eight people were then killed off the island of Mykonos, while 108 people were rescued by the Greek coast guard.

According to Greek officials, there has been an increase in the number of migrants and refugees arriving in Greece this year, mainly from Turkey.

Why 107 Indians Reached China’s Yiwu City By Special Flight, Waited For This Day Since 2020

“It must stop one day”: in Tunisia, the return of the slaughter of stray dogs