Monkey Pox: Vaccination Skates "For Lack of Weapons, Not for Lack of Doses" 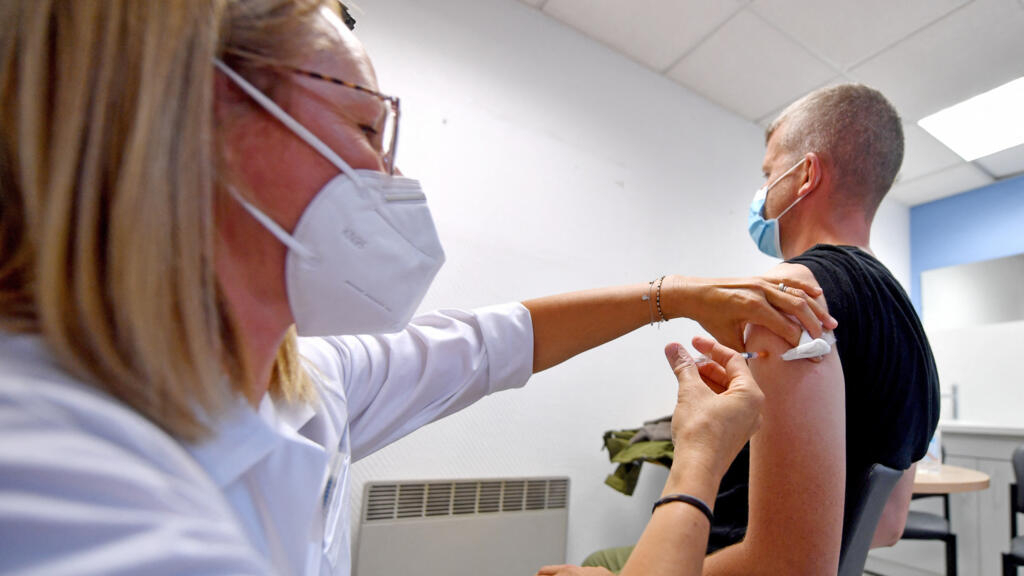 Despite 153 vaccination centers against monkeypox being opened in France, the campaign is slipping and appointments are hard to win. The Health Ministry has decided to start the vaccination experiment in five pharmacies this Wednesday.

The government wants to increase the pace. If 153 vaccination centers have already been opened in France and 20,322 people have been vaccinated against monkeypox, getting an early appointment is becoming more complicated. With 2,423 cases reported in France as of 4 August, unions and elected officials have criticized the government, calling for an accelerated pace of vaccination. So the Ministry of Health announced the use in pharmacies on Monday, 8 August.

In five pharmacies located in le-de-France, Provence-Alpes-Cte d’Azur and Hauts-de-France, pharmacists will be able to administer the vaccine for another two weeks from Wednesday 10 August.

The experiment will test an “organizational model between pharmacies and hospitals receiving doses,” the officials explained. This will make it possible to assess the relevance of whether or not to extend the vaccination campaign to other pharmacies.

“Quick solutions are needed, and one of them is to look for pharmacies”, for Gilles Pialloux, head of the Department of Infectious and Tropical Diseases at Tenon Hospital (Paris). Because “vaccination doesn’t account for: at the current rate, it would take six months to vaccinate the entire target audience. And we can’t wait for December”, he assured.

Currently, the target audience includes only men who have sex with men, individuals with multiple sexual partners, trans people, sex workers, professionals working in places of sexual consumption, and employees.

For the Ministry of Health, this experiment would make it possible to “evaluate if the dose is not harm”. The smallpox vaccine presents several difficulties: it must be kept at very low temperatures (-80 °C) and “can only be kept for fifteen days”, the ministry states. The vaccines are being packaged in boxes of twenty doses, so those taking them must be found quickly.

An argument was refuted by Gilles Pialloux, president of the French Society for the Fight Against AIDS: “It is a pity that we keep vaccination in pharmacies only in the experimental stage at this time. We already know since Covid-19 that pharmacists know very well how to administer vaccinations and doses”.

According to Gilles Pialoux, the current slowness of vaccination is not due to a “lack of doses, but a lack of weapons” in France.

The burden of this new pandemic “could fall on the public hospital when we can no longer take it”, the doctor says. “At Tennon Hospital, for example, we can’t get more than ten people to be suffering or suspected of monkeypox. The process is long. It’s not like Covid-19 where there’s enough cotton in the nose to do the test. There is: there is care, prevention, STI testing, you have to look for contacts and especially various lesions, which can be very difficult to identify.

“Combined prevention” in the face of a “complex disease”

Experts also call for not relying only on vaccinations. “We must implement joint prevention”, recommends Gilles Pialloux. “And also calls for reducing risk, especially of intercourse, to improve screening and all the protocols that we had established with COVID-19, but which were released.”

According to the doctor, the diagnosis also needs to be improved, especially since it is “a very complex disease, with many different manifestations: in the field, we found it to be angina, or sores in the nose, or even that may also be present inside. Ears – not all areas that are targeted in intercourse. Worse, there are French data showing that one in ten infected people have only one wound on their body”, the skin Instead of a multitude of marks as “presented in medical textbooks”. ,

“The future of this pandemic depends on several questions: will the virus spread beyond the current target? Will we be able to diversify screening offers? And above all, there is a great communication work to be done, especially with the public”.

>> READ ALSO: Symptoms, Diagnosis, Treatment… Everything You Need to Know About Monkey Pox

DR Congo: United States M23 . is “concerned” by information about Rwanda’s support for

LIVE: Massive explosion at Russian military base in Crimea