NASA spacecraft will collide with an asteroid, scientists prepare for the mission

NASA has prepared a special spacecraft

The vehicle will deliberately collide with the asteroid

New York. The American space agency NASA has created a spacecraft that will deliberately collide with a small asteroid named Dimorphos. However, this asteroid poses no danger to Earth. According to a Sky News report, during this mission, one will know that these dangerous-looking boulders can be taken out of their way by deliberately crashing into them.

On September 26, the DART (Double Asteroid Redirect Test) spacecraft will collide with an asteroid that is not too far from Earth. Fox Weather.com says the purpose of this project is to protect Earth from the dangers of the upcoming asteroid.

the space agency tweeted
The space agency shared a message on Twitter on Wednesday and said: “Good way, our Dart Dimorphos mission will be heading towards an asteroid.” However, it poses no threat to the earth. The spacecraft’s imager captured an image of Jupiter. The four largest moons are visible there. 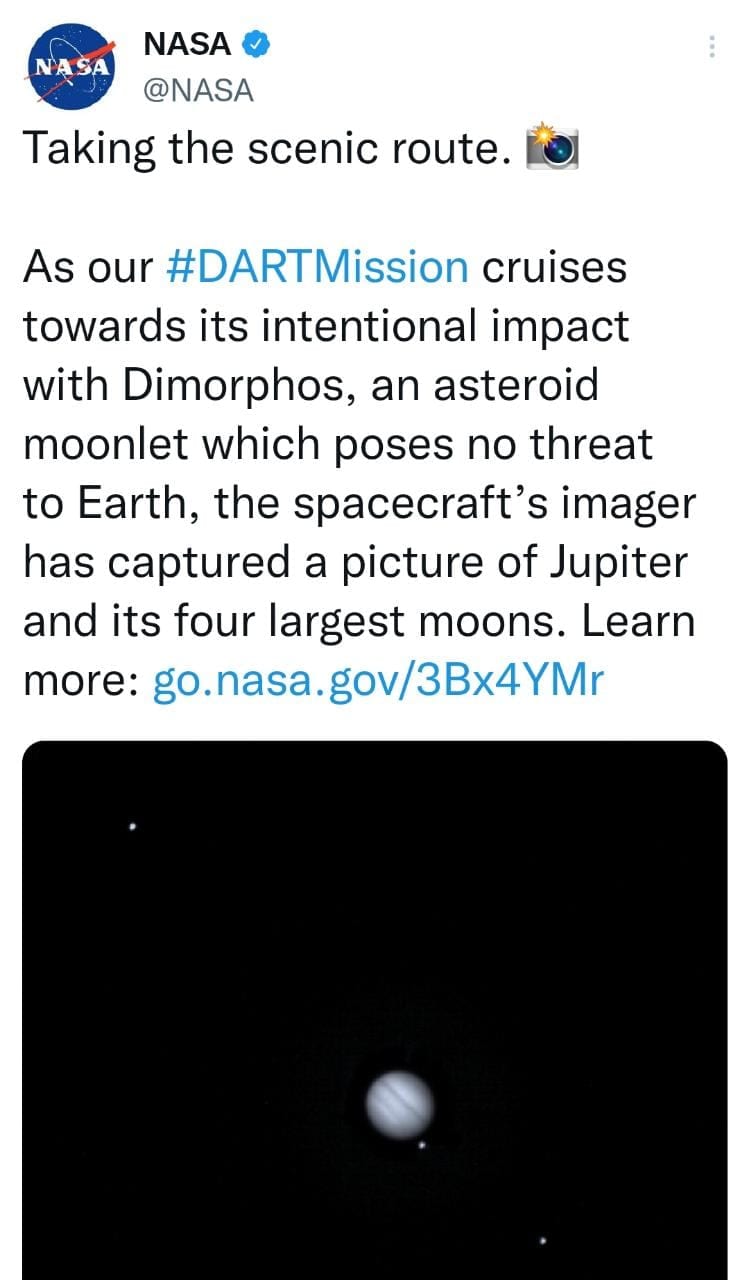 NASA’s DART mission’s Didymos Optical Reconnaissance and Navigation Asteroid Camera, or DRACO, has taken hundreds of photos of the stars as it progresses toward its highly anticipated collision on Earth, according to a space agency statement. September 26 with the binary asteroid Didymos. . . .images provided by the team at the Johns Hopkins Applied Physics Laboratory (APL), which is in charge of the project for NASA.